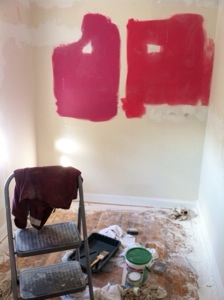 I like to think I’m full of great ideas. In fact, I truly cannot contain the genius past 10pm most nights. You would think The Scientist would be enthralled by my midnight madness. “How charming is my little night muse!” But he is rarely impressed by my nighttime epiphanies.

True to form, it was close to midnight when I decided that my walk-in closet should be a dressing room. I was going on and on about flowers and crystals and my husband couldn’t possibly have been less interested.

Until I told him he could use the sledgehammer.

The Scientist has never been more interested in one of my ideas.

Suddenly he was very enthusiastic and totally on board with turning a closet filled with built-ins into a dressing room. And I was so excited by his excitement that I didn’t even stop to think about the fact that neither one of us had any idea what we were doing — or the consequences of giving a scientist a sledgehammer.

It wasn’t long before reality set in. 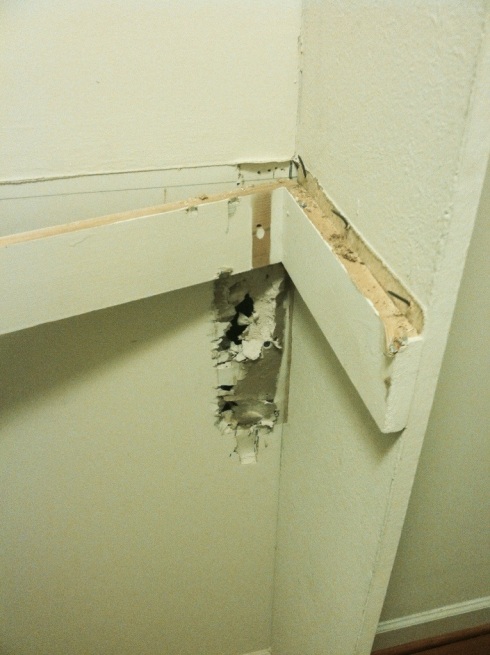 And though we somehow managed to patch the nine (yes, NINE) serious holes in the wall, the situation quickly devolved. Patching nine holes in the drywall of a room smaller than the interior of a Fiat meant dust — and lots of it. We’re talking Sahara wind storm levels of dust. During our fourth trip to the hardware store in the same weekend I thought I was being practical when I suggested picking up matching His and Hers hazmat suits but I was quickly shut down. (For that The Scientist will never be forgiven.) In exchange for me to “stop asking for frivolous items” he agreed to SARS masks and I hummed all the way home with my pink paint samples. 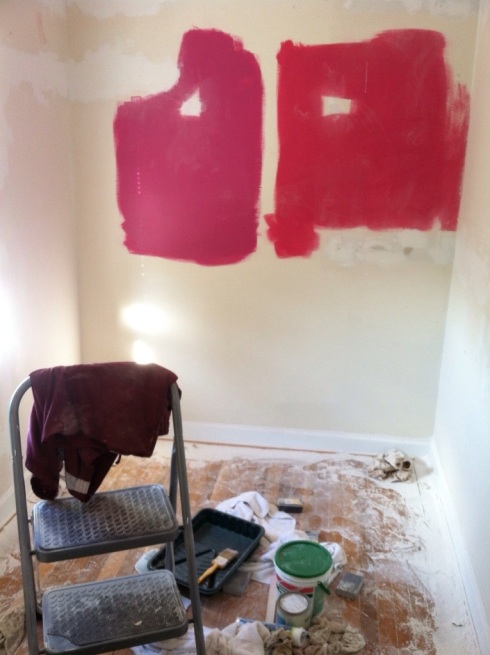 That’s right, people. We were in decorating hell.

After over a week of living in what we had not-so-lovingly begun referring to as “The Dust Room,” we finally made it through the darkness to the other side. While you may remember my closet like this: 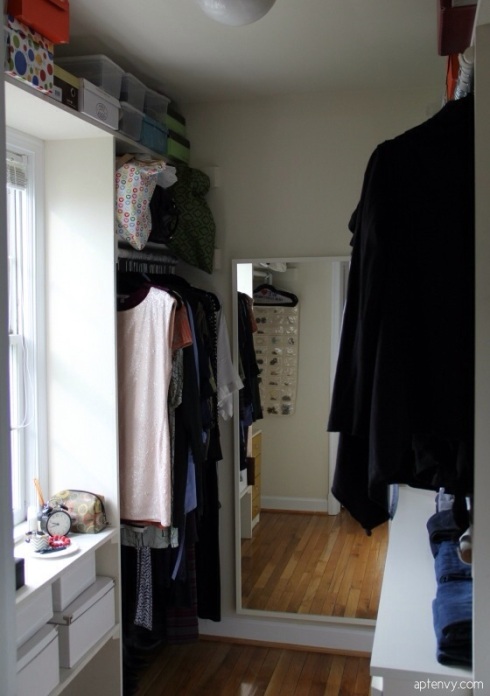 It was finally my dreamy raspberry pink dressing nook I had always wanted! 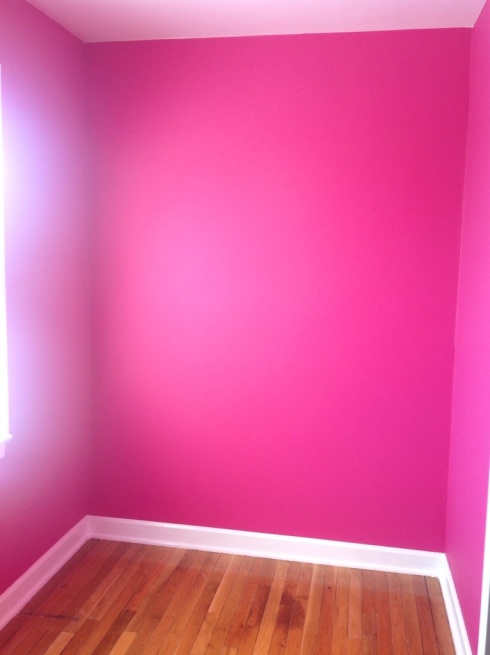 Add in a magnificent piece of art, a dresser, and a fabulous new rug, and my little room is shaping up to be pretty darn awesome. 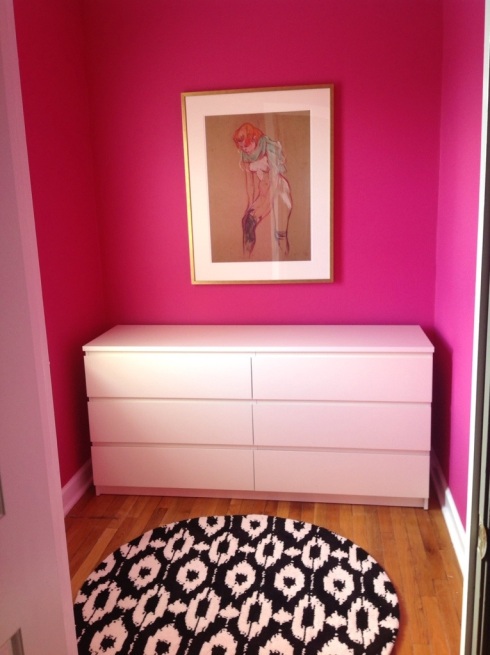 While there are still lots of things to do, like deal with the light fixture (currently a dangling set of wires) and layer in accessories, I’m so excited about the way it’s turning out!

(But I really won’t ever forgive my husband for denying me a hazmat suit.)

I’m literally the worst blogger that ever lived and completely failed to mention what I’ve done with all my clothes!!! I should be sacked immediately. Oh, wait — no one’s paying me.

Anywho, my bedroom has 6 closets. That’s right, SIX CLOSETS. (Please stay tuned for current photos of the newly painted bedroom that disguises all the doors.) The builder thought it would be more useful to have storage than living space. Fantastic idea if it were reasonable to store my living room furniture in closets at all times, or to, say, eat dinner in a closet. Maybe I’m high maintenance but I think that’s dumb. But I digress…

Two of the six closets in my bedroom were literally empty and I was using the walk-in closet simply because it was the best and biggest closet — not because I needed to. All I had to do was move my clothes into the two empty closets and voila! An empty room to demolish :)

You now have a 1-bedroom plus den to rent when I move out. You’re welcome.

8 thoughts on “{Before + After} Idea to Disaster to Victory”