Posted on March 18, 2013March 18, 2013 by Apartment Envy Posted in Before + After, DIY, How ToTagged curtains, Decorating, DIY, how to, interior design, weekend project

“My mother is coming down for the weekend.”

(Cue screeching record sound effect from Saved By The Bell.)

Don’t get me wrong — I love my in-laws. But if they were going to see our apartment then we obviously needed to put up curtains. Luckily I bought curtain rods nine months ago and, since I’m insane, I keep large quantities of fabric lying around in case of emergency. With no time for sewing, ironing, or really anything fancy, I decided to cut panels of fabric with fabric scissors and hang them up with curtain rings and clips. 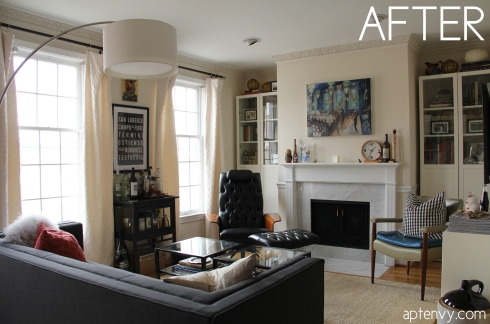 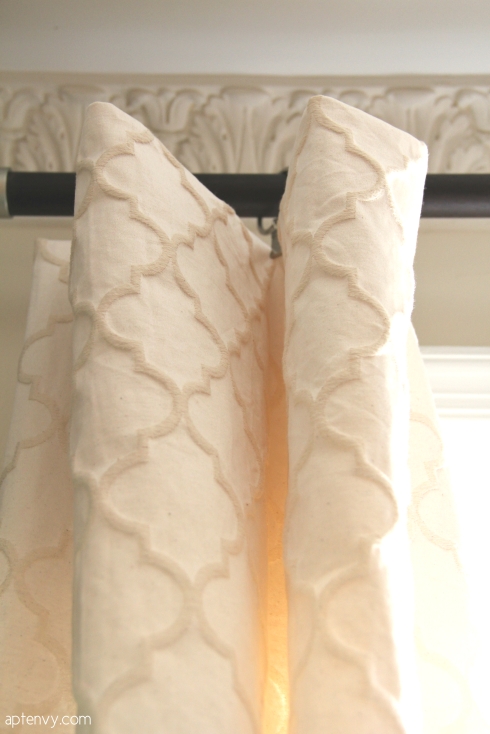 Since I was in the biggest hurry of my life I did not have time to take photos of the process, but the husband put up the curtain rods while I laid out the fabric on the ground, folded it into thirds, and cut it into three equal lengths. Once that was done I cut each panel straight down the middle to make two thinner panels — one for each side of the window. Then I folded the tops over to make them the correct length and clipped them onto the rings. And 60 minutes later, I had curtains! MAGIC. 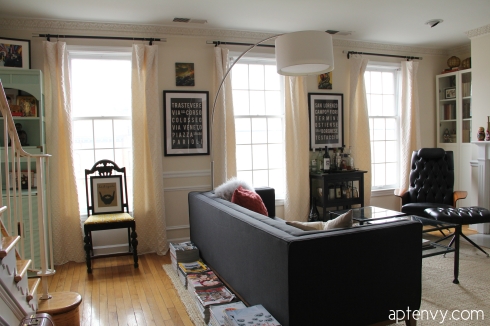 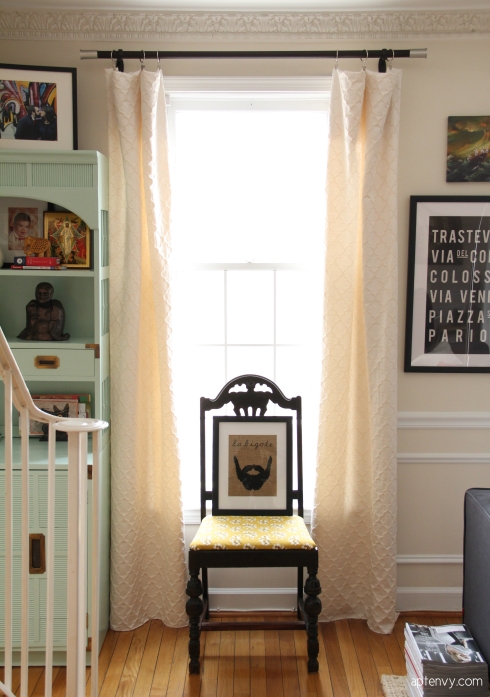 Now that the visit has passed and I have time to finish the curtains, I could bring them to the dry cleaner to hem all the edges. Or I could use iron-on hemming tape. But I don’t think I’ll do either right now because I need to catch up on my stories.

And by stories I mean reality shows.